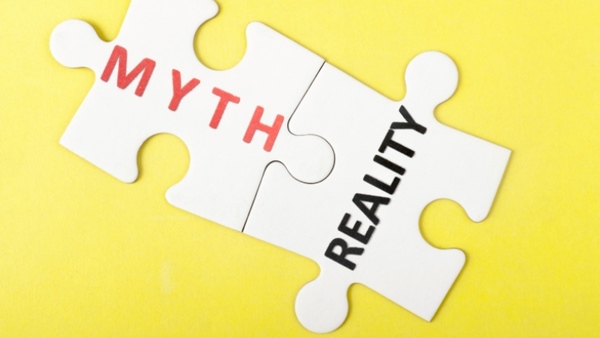 4 Life Insurance Myths to watch out for

It may surprise you to know that most Financial Advisors themselves tend to be unclear about the real purpose of Life Insurance in one’s portfolio of Financial Products! Here are four common myths that many investors still continue to steadfastly harbour. Make sure you aren’t one of them!

No Life Insurance plan, even a traditional one, guarantees any return. In fact, ‘returns’ from traditional plans are opaquely represented as an annual bonus, calculated as a percentage of sum assured, which can be very confusing and misleading. This annual bonus is contingent upon the performance of the insurer. ULIP’s, of course, are market linked and their NAV’s fluctuate just as much as any other market linked instrument.

Many people go about their lives believing that they don’t need Life Insurance at all – either as a result of being a past victim of mis-selling, or because they optimistically believe that “bad things only happen to other people”. However, it’s a fact that anyone with a Financial Dependent has the need for a Term Plan. Term Plans are pure risk transfer plans. In a sense, they function just like motor or health insurance policies, as they have no savings element or maturity value. You pay a premium for a fixed number of years, during which your family is secured against the financial strife that would accompany the loss of your life. With Term Plans, you can acquire a very high death benefit (such as 1.5 to 2 Cr) at a very low annual cost.

Many people believe that new ULIP’s are great because their funds are launched at NAV’s (Net Asset Values) of Rs. 10. However, it’s factually incorrect that a low NAV is ‘cheaper’ and hence better. In fact, the reverse is applicable. A ULIP with a long-term track record of market beating performance may have high NAV’s, but is likely to continue performing better than a newly launched ULIP with ‘lower NAV’s’. Ultimately, NAV’s in isolation do not mean much, as future NAV growth in both the new and old ULIP (in percentage terms) will depend solely on how the underlying securities within the funds’ portfolios perform in the future.

The “it’s Best for My Child’s Education” Myth

Child Education Plans do not take inflation into account. Education costs are escalating at 7%-10% per annum in India, and what costs Rs. 1 Lakh per year today will cost a whole lot more a few years down the line. Also, if you plot their cash flows into a simple excel sheet, you’ll discover that the returns from traditional Child Education Plans (computed as XIRR) will actually be sub-6%; which, you’ve got to admit, is an abysmal growth rate for a long-term investment. In fact, given a choice between a ULIP and a traditional plan for your child’s education, a top performing ULIP is a whole lot more superior – but your agent will probably not suggest it as it nets him a much lower commission!