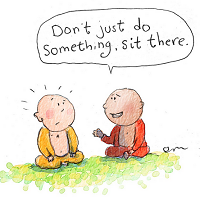 Cheering the Government’s move to “unlock” the economy after more than two harrowing months, the stock markets rallied strongly, taking the bellwether NIFTY index past the psychologically important 10,000 mark yesterday. As an investor, here are five mistakes you should guard your portfolio against.

Don’t succumb to FOMO (Fear Of Missing Out)

You may have exited your equity investments and sat on the side lines when things started heading south in March. Now, with the stock markets having rallied 30% from the bottom, you could feel a strong urge to throw caution to the wind and push all your money back into equities all at once. However, this would be a mistake. Its highly unlikely that markets will continue its one directional surge for very long. Once the euphoria settles, real data such as earnings growth and GDP numbers will come into focus and drive stock prices. Going “all in” right now could mean that you’ll be staring at a heavy loss when the current rally retraces. Instead, it would be a lot wiser to stagger your way back in using weekly STP’s (Systematic Transfer Plans) over the next 3-4 months.

If you were among those who saw their investments sink deep into the red when markets capitulated in March, you may be itching to take some sort of action with your portfolio, now that the notional loss is lower. Instead of falling prey to this tendency, reflect upon the funny Buddhist meme that says “don’t just do something, sit there!”  In other words, there’s absolutely no need to jump the gun and take rash decisions to exit your investments at this time. Remember, you got into equities for the long run – so remain invested through the ups and downs, and let the economic recovery play out properly over the next year or two. Moving in and out of your investments will surely work to your detriment in the long run.

Don’t stop and start your SIP’s

Remember, we’re not out of the woods as yet. What we are seeing right now is nothing more than a euphoric, liquidity fuelled spurt in stock prices because the lock down was lifted. Though the worst may very well be behind us for now, stock-markets wise, a long and winding road towards economic rehabilitation lies ahead. As the world adjusts to the new normal, we’ll see plenty of volatility in the markets. It’ll certainly be a few quarters before consumption returns to pre-COVID levels. In the interim, we may witness more measures to curtain the spread of the virus, that may hurt market sentiments. Some businesses will flounder, while others will adapt and grow. In such a volatile scenario, the best thing you can do is to allow your SIP’s to continue dispassionately – month in, month out. Stopping and starting your SIP’s would be a big mistake. Just sit tight and let Rupee Cost Averaging work its magic.

With the number of variables and incoming data prints involved, it would be impossible to predict the short and medium-term direction of the markets during this time. You may have one bullish month followed by a severely bearish month, followed by another surge. Towards the end of May, banking stocks rallied 10% in two days for no apparent reason! In times of such extreme volatility, any attempt at trading would most likely land you in a big soup. Whatever you do, do not try to time the market; instead, follow a disciplined approach to investing, staggering investments into the markets using a well-planned approach wherever necessary.

In choppy waters, the support of an astute Advisor can prove invaluable. In such times, even the most seasoned investors can fall prey to a host of behavioural biases that will work to their long-term detriment. Your Financial Advisor can be the much-needed voice of reason that will help you take better investment decisions. Choosing to invest unadvised to pinch a few pennies would be a highly regrettable decision right now. Don’t fly solo – instead, hand over the controls to a conflict-free, competent Financial Advisor who is acting in your long-term interest!