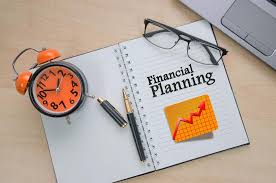 Three biases that could impact your Financial Planning

It looks like India Inc is finally waking up to the need for robust, comprehensive Financial Planning . Each day, we see a growing number of middle-income Indians who are realising the importance of defining their financial goals and tracking their key financial ratios with a well-defined financial plan. And while it’s true that ‘well begun is half done’, it’s critical to be watchful of these three ‘enemies’ that could hold you back on your financial planning journey. In case you haven’t guessed it already, these so-called enemies live in the deep recesses of your mind - and manifest as behavioural biases from time to time.

Enemy No.1: The Sunk Cost Bias

An all-too-common behavioural pitfall, the sunk-cost bias is the term for the tendency to cling steadfastly to losing investments, despite an innate knowledge of their present inefficacy and often, an understanding that they have a limited scope of creating value for you in the future as well. When you build a portfolio of assets after undergoing the financial planning exercise, you’ll invariably get some investment decisions wrong. The sunk-cost bias will prevent you from getting rid of them.

How it manifests: as a scattered portfolio that’s all over the place, with no clear structure and thought behind its formulation

It’s impact on your Financial Planning: sub-par portfolio returns in the long term

Enemy No.2: The Conservatism Bias

“Believe in yourself”, goes the inspirational quote. However, when it comes to investing and financial planning, these words need to be adjusted as “Believe in yourself… but keep your beliefs fluid”! The conservatism bias is what prevents individuals from changing their beliefs about a particular mutual fund scheme, stock, asset class, or investment instrument; even in the face of overwhelming evidence that what you’re holding on to isn’t quite so great anymore.

How it manifests: as the stubborn refusal to rebalance your portfolio in a disciplined way, sometimes against the grain of the market momentum

It’s impact on your Financial Plan: returns that are volatile, resulting in poor investment decision making

Enemy No.3: The Action Bias

““Investing should be more like watching paint dry or watching grass grow. If you want excitement, take $800 and go to Las Vegas”, said the Nobel prize winning American economist, Paul Samuelson. It’s a fact that passivity is a strength, when it comes to all things Financial Planning related. However, the Action Bias will prevent you from being passive – occasionally stirring up in you the mistaken belief that “doing something” is always better than doing nothing when it comes to financial planning. The Action Bias is more likely to manifest during flat or bearish markets when “nothing really seems to be moving”, although it’s known to manifest itself as excessive churn during bull markets too.

How it manifests: as impatience, plain and simple

It’s impact on your Financial Planning: high transaction costs and taxation, not holding on to good investments for long enough to create any serious long-term impact